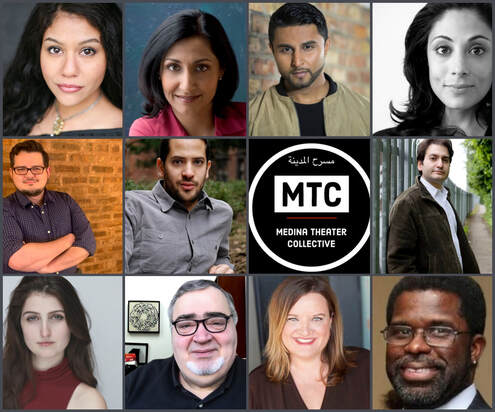 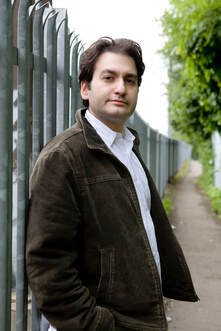 Hassan Abdulrazzak is an Iraqi writer based in London.  His plays include The Special Relationship (Soho Theatre, 2020), And
Here I Am (Arcola Theatre, 2017 and UK tour; Europe, Middle East and Africa tour, 2018- 2019), Love, Bombs and Apples (Arcola Theatre, 2016 and UK tour; Golden Thread, San Francisco, 2018 followed by a second UK tour; Kennedy Centre, Washington DC, 2019), The Prophet (Gate theatre, 2012) and Baghdad Wedding (Soho Theatre, London 2007;
BBC Radio 3, 2008; Belvoir St Theatre, Sydney 2009; Akvarious productions, Delhi &amp; Mumbai 2010).  He had translated numerous Arabic language plays including Chronicles of a City We Never Knew by Wael Qadour (reading at the Gate Theatre 2019), Voluntary Work by Laila Soliman (reading at The Royal Court Theatre 2012) and 603 by Imad Farajin (reading at
the Royal Court Theatre 2008).He has adapted Baghdad Wedding into a feature film for Focus Features, wrote an original screenplay called Cutting Season about FGM for New Century. He has also written four
episodes for HWJN, an upcoming TV series commissioned by O3 and Image Nation productions.  He is the recipient of George Devine, Meyer-Whitworth, Pearson theatre awards as well as the Arab British Centre Award for Culture. Love, Bombs and Apples won the Bay Area theatre award for outstanding production in 2018. And Here I Am won best monodrama at Sharm El Sheikh International Theatre Festival For Youth in 2019. He was a Sundance Theatre Lab Fellow in 2020. 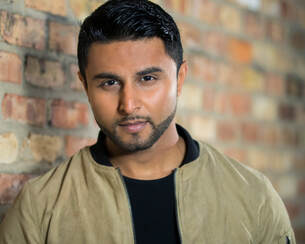 Anand Bhatt is an Indian American SAG-AFTRA Chicago based Actor/Director/Filmmaker. Anand was crowned Desi Idol 2008, Mr. Desi IL 2012, Mr. India IL 2013, Boogie Woogie Naach Meri Jaan winner 2015, and was Awarded Best Actor in a Play (Resident Equity) by Cennarium 2017.  Anand's portfolio includes numerous TV, Film, Commercial and Theatre projects. Anand Bhatt also runs an indie film production company called AB Entertainment. AB Entertainment is a company that is surging ahead in the indie film and entertainment industry; working with projects of all budgets. Helping small businesses, artists and filmmakers build their content, anything from a commercial, music video to a fledge feature film. AB Entertainment is equipped to handle all needs from Pre-Production to Post Production. Anand’s dream is to help those who invest their time and money into making films for entertainment and purpose, with a vision of equality and diversity. His goal is to help create an equal opportunity for everyone regardless of their race, color, or religion. 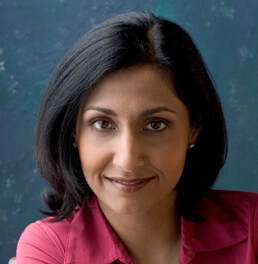 ​After a BFA in Drama, Anita spent two years working in theatre in Chicago, before moving to NYC to live the off-off-off Broadway dream for a few years, and spending a few  more years in L.A. back in the day when a Maria name tag on a South Asian-American actor was acceptable.  Impatience led this corn-fed Midwesterner back to Chicago.  Balancing art & commerce by founding Chicago’s only South Asian theatre company, playwriting, traveling as a corporate spokesperson for Intel, booking theatre and tv gigs, and oh yes, making twins, (it’s not double, it’s exponential!) is what she loves to be occupied with.  She realizes her privilege in being able to undertake a pandemic project - screenwriting classes. 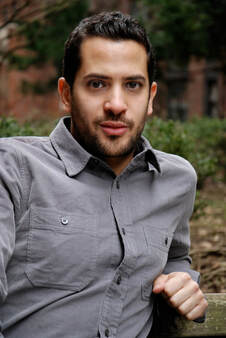 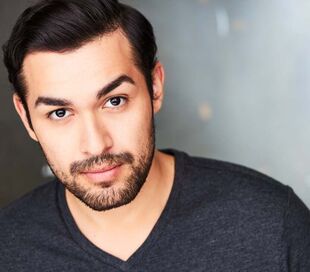 ​Arash Fakhrabadi (he/him) is a first generation Iranian-Mexican American actor and improviser. He has performed onstage with Steep Theatre and has performed readings for Steppenwolf Theatre and Goodman Theatre. He has appeared on NBC’s Chicago Fire. Arash loves to pursue theatre that is radical and earnest. He has a passion for telling stories that have yet to be told. Arash has studied improv comedy at UCB Los Angeles. Arash sought technical and classical acting training at Cal State Fullerton under Svetlana Efremova-Reed, earning his BFA in Acting. 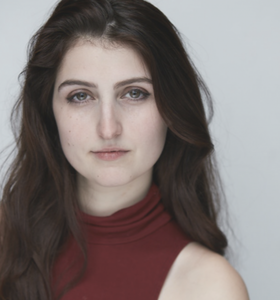 Genevieve Fowler is an L.A. and Chicago-based theater/performance director whose commitment to new plays and radically reimagined classics endeavors to weave together memories of the past, present and future to create liminal spaces that question our current reality and sanguine dreams of the future. Genevieve’s practice revolves around the dual tracks of radically inclusive, community-based work and socially-minded, critiques of classics for a contemporary audience. Her latest work, a reimagining of Ingmar Bergman’s seminal film Cries and Whispers, is currently in production with the support of The Center for New Performance and Arts Council Korea. Prior international collaborations include, here comes the tide/there goes the girl, which premiered at the 2019 Edinburgh Fringe Festival, where she was slated to return with the new play, YOU OWE ME YOUR BONES. She has worked in various capacities with The Chicago Shakespeare Theater, Lookingglass Theater, Steppenwolf’s 1700 Theater, Chicago Dramatists,The Special Olympics of Illinois, the senior citizen musical theater troupe Still Acting Up, and Collaboraction Theater Company. Genevieve works as a Program Associate with the national arts and social justice organization, Arts In A Changing America.  MFA: California Institute of the Arts BA: Vassar College. 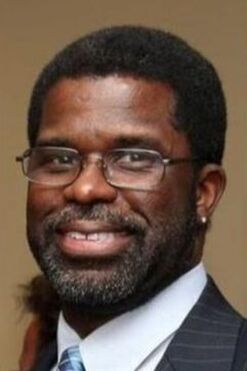 Since 2002, Professor Jones has taught Theater to the next generation of theater
artist at his alma mater – Rutgers University. He has 35 years of producing theater
and live entertainment experience in a wide variety of key executive positions at
some of New York city’s most prestigious venues including the world famous Apollo
Theater, Madison Square Garden, the Radio City Music Hall, and Disney On Broadway’s The Lion King.
His first love is directing plays. In October 2020, he directed Premiere Stages’ live,
in-person critically-acclaimed show about civil rights icon Fannie Lou Hamer
starring Broadway veteran actress Rema Webb.
Responding to the pandemic, Marshall started a production company – Stream ON –
which provides a world-wide streaming platform to present new scripts by
playwrights from around the globe. Stream ON has added an educational
component where Marshall converges his love of African-American history, teaching
and theater to the next generation of theater artists.
For 13 years (2007-2019), he was the Producing Artistic Director for the Tony®
Award-winning Crossroads Theatre Company.
Marshall enjoys serving the community and the field. For 8 years (2010-2018), Marshall proudly served on the Board of Directors of the Theatre Communication Group (TCG) and now he currently serves on the Board for the NJ Theatre Alliance.  He was a Commissioner of the NJ Public Broadcasting Authority (operators of NJTV, formerly known as NJN). He is a member of Association of Theatrical Press Agents and Managers (ATPAM), the Dramatist Guild, and the Society for Stage Directors.  Marshall earned a BA in Theater Arts from Rutgers University and an MA in Arts Management from New York University. 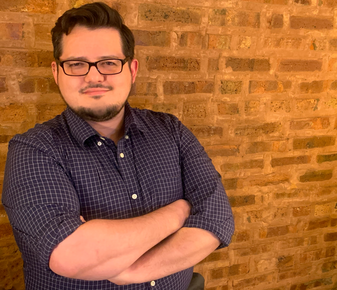 Ali-Reza Mirsajadi is a scholar, theatre artist, and activist, whose work centers on minoritarian experience in the U.S. and theatre of the SWANA region. They are an Assistant Professor of Theatre Studies at The Theatre School at DePaul University, where they head the BFA directing concentration. Reza is the founder and chair for the Middle Eastern Theatre focus group within the Association for Theatre in Higher Education, and they have worked as a director, musical director, dramaturg, and translator at the Kennedy Center, Silk Road Rising, Tectonic Theatre Project, and other theatres across the U.S. Their scholarship is featured in Theatre Journal, Theatre Topics, TDR, HowlRound, The Methuen Drama Book of Trans Plays, and Rehearsing Racial Equity: A Critical Anthology on Anti-Racism and Repair in the Arts. Reza is co-editing and translating the forthcoming anthology, The Dance of Mares and other Plays from Post-Revolutionary Iran, as well as working on their monograph, Performing the Polyseme: Theatre and Ambiguity in Contemporary Iran. They hold a Ph.D. in Theatre and Performance Studies from Tufts University. http://rmirsajadi.com 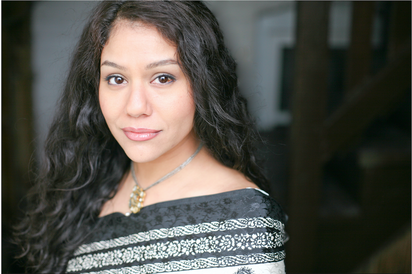 ​​Najla is a Palestinian/Lebanese American theater artist.  As an actress, Najla has performed Off-Broadway, regionally and internationally, as well as in film and television. Favorite theatre credits include Heather Raffo’s Nine Parts of Desire (Seattle Rep), the London and New York premieres of Karen Malpede’s Prophecy, and Naomi Wallace’s The Fever Chart: Three Visions of the Middle East (Central Square Theater). In April 2010, Najla completed an eight-week Off-Broadway run of her solo show, Palestine. That same year, she was named one of “Forty Feminists Under Forty” by The Feminist Press. Since her off-broadway run ended, Najla has performed “Palestine” in over 25 high schools, colleges, and universities around the country and the world.   In 2012, she collaborated with Vanessa Redgrave on "A World I Loved," based on her grandmother's memoir, which premiered at The Brighton Festival in the UK, and The Miller Theatre in collaboration with The Public theater in New York.   She also wrote, Looking for Palestine: Growing Up Confused in An Arab-American Family (based on her solo play), her memoir of her childhood in New York, her father Edward Said and mother Mariam Said. It is published by Riverhead, a division of Penguin Books.  www.najlasaid.com 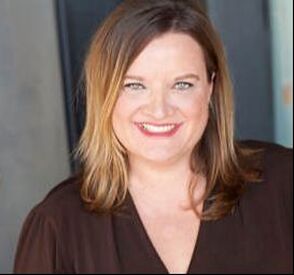 Kim Schultz is a writer, actor, director and storyteller specializing in comedic and authentic storytelling. She has worked at many national theatres as an actor and writer. In 2009, she was commissioned to travel to the Middle East as an artist/activist to meet with Iraqi refugees and write a play inspired by the trip. Out of that came the solo show "No Place Called Home" which performed at the Kennedy Center in Washington, D.C. as part of World Refugee Day and off Broadway in NYC in 2010, as well as a national tour. Kim also authored the memoir, “Three Days in Damascus”. (Palewell Press, 2016) Kim acts professionally on stage and TV/film, speaks on refugee issues and is a corporate improvisation trainer. As a storyteller, Kim has won awards for her true stories told on stages in New York City and Chicago and loves helping writers shape theirs. She firmly believes in the power of a good story and how it shapes our lives. Up next: Kim is writing/workshopping a new play about the “Root Beer Lady” who lived alone in the Boundary Waters for 50 years.  www.kimschultz.net 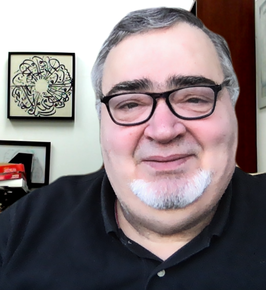 Fouad is a Chicago-based Egyptian American playwright passionate about life's big questions. He is a resident playwright at Chicago Dramatists, an associate artist of Silk Road Rising, and a board member for International Voices Project (IVP). The Jeff-recommended world premiere of his play Twice, Thrice, Frice…, directed by Patrizia Acerra, was co-produced by Silk Road Rising and IVP (2019). It was Jeff-nominated for Best New Play and published by Stage Rights in 2020 (https://www.stagerights.com/allshows/twice-thrice-frice/).  Blue Fish in A Tall Clear Vase, directed by Jason Smith, was produced at Three Cat Productions (2017) where Fouad also collaborated on The Other Side of Christmas (2016), and Holiday Stories (2015). His plays received readings in Crescent and Star at Silk Road Rising, New American Voices at Queens Theater, NY, and Chicago New Work Festival.
He translated Ahmed Serag's The Castle and The Sparrow from Arabic [Dar Ibda'a, Egypt, 2015], acted (Omar) in Jamil Khoury’s video play Obstacle Course,  and collaborated with several Chicago productions as cultural consultant.  He is a Professor of Engineering at Illinois Institute of Technology.